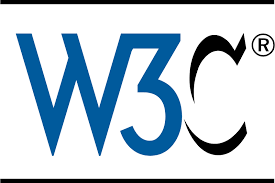 Since its original publication in 2014 by the RDF 1.1 Working Group, JSON-LD 1.0 has become an essential format for describing structured data on the World Wide Web. It is estimated to be used by between 10% and 18.2% of all websites. This is due largely to its adoption as a recommended format by schema.org. It has been adopted by several Recommendations including those from the Social Web, Web Annotation, and Linked Data Platform Working Groups, and current Working Groups have expressed interest in alignment of their specifications, such as the Publishing and Web of Things Working Groups. It has provided a much-needed bridge between communities that need rich semantics, and those that desire an intuitive and easily usable format (see separate wiki page for more details).

The mission of the JSON-LD Working Group is to update the JSON-LD 1.0 specifications to address specific usability or technical issues based on the community’s experiences, implementer feedback, and requests for new features.

A summary of syntax changes proposed for inclusion by the JSON for Linking Data Community Group can be found on a wiki and in slides used at TPAC 2017.

The work must be consistent with principles expressed in the Data on the Web Best Practices Recommendation. All changes must preserve backward compatibility for JSON-LD 1.0 documents. This means that, when processing existing JSON-LD documents, JSON-LD 1.1 processors generate the same expanded output, unless that output is subject to errata in JSON-LD 1.0 or is otherwise an unspecified implementation detail.